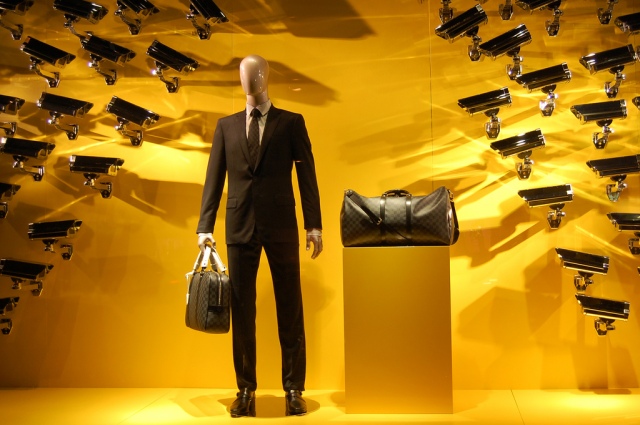 Over the past month, I have been following the latest controversy surrounding TV’s Dr. Oz  (Dr. Mehmet Oz). I find the whole situation fascinating and I thought it would be interesting to discuss the concept of healthcare celebrities with the #hcldr community this week.

The latest controversy involving Dr. Oz started when a group of 10 physicians from various parts of the US sent a letter to Columbia University College of Physicians and Surgeons where Dr. Oz is vice chair of the Department of Surgery. In that letter these 10 physicians expressed their surprise and dismay that Dr. Oz remains a member of the faculty. They go on to say that Dr. Oz is misleading the public through his TV, radio and other media endeavours and should resign from his position at Columbia University.

You can read more about the controversy here and here.

Reading these stories and watching the back-and-forth from Dr. Oz got me thinking about the nature of celebrities in healthcare. Dr. Oz is just one example of a healthcare professional who has been placed on a pedestal by the public or by the media outlets they work for. There are other healthcare “celebrities” on TV such as: Dr. Phil, Dr. Sanjay Gupta, Dr. Laura and the venerable Dr. Ruth Westheimer.

As physicians we have a responsibility to accurately represent ourselves and any therapy or treatment to our patients. As a physician who also works in the media world, I feel an even greater responsibility to make sure that everything that I say is well supported by good clinical trial data.

I believe that it is my responsibility to ensure that my viewers (and patients) have a clear understanding of therapies that are both proven with solid scientific research and those that are supported only by anecdotal evidence. While supplements and alternative therapies may be important to some patients and physicians, I believe it is the physician’s responsibility to make sure that patients understand that there are no miracle drugs or wonder pills.

#hcldr friend Dan Dunlop of Jennings Healthcare Marketing wrote an excellent post about the “Cult of Celebrity in Healthcare” and states:

Of all people, a physician ought to understand just how desperate an individual can be when dealing with chronic illness and poor health. To play on the hopes of these individuals, and to pander to the public’s desire for a quick fix to health and wellness challenges, undermines the efforts of legitimate healthcare and public health professionals. From my perspective, there’s enough bad information out there; we don’t need celebrity physicians contributing to the confusion and misinformation.

Celebrities aren’t just in TV and radio shows. Some healthcare celebrities achieve notoriety because they are featured in advertising.

There are many healthcare organizations that put their doctors and nurses front-and-center in their marketing campaigns. By highlighting the passion, dedication, acumen and skill of its staff, a healthcare organization can attract new patients and fellow healthcare professionals. After all, both patients and professionals want to work with “the best and brightest”. This form or advertising is also a great way to put a human face to an otherwise faceless organization. INTEGRIS Health, for example, has a series of videos that feature physicians at their hospitals.

Although the featured professionals are not national celebrities, they are still placed on a pedestal in the public’s eye. Do these professionals have to conduct themselves any differently than their non-public peers? Are these ads really affect patient decisions?

Should social media healthcare celebrities be held to the same standard as their TV counterparts? Or is social media celebrity somehow different?

Personally, I believe that people in the public eye should hold themselves to a higher standard – not because the public demands it, but because it is the right thing to do. I think that when you have the privilege of an audience that listens/reads/watches you, you should treat that privilege with respect and act with integrity. That means, amongst other things, making sure that stories are researched, conflicts of interest disclosed and opinions/conjecture is not passed off as fact.

If this is done, then I see no reason why a healthcare professional cannot be a “celebrity” or a spokesperson. I see nothing inherently wrong with a physician or a nurse being in front of the camera talking about the latest breakthrough medicine or device – as long as they are truthful and their facts are correct. There are certainly risks involved, but I don’t believe healthcare professionals should be prevented from doing this.

I’m very interested to hear your thoughts on this subject.

Join the #hcldr weekly tweetchat on Tuesday May 26th at 8:30pm Eastern (for your local time click here) where we will discuss the following topics:

“The Cult of Celebrity in Healthcare”, Dan Dunlop, The Healthcare Marketer, April 28 2015, https://thehealthcaremarketer.wordpress.com/2015/04/28/the-cult-of-celebrity-in-healthcare/, accessed May 23 2015

James I think your cover is blown – Ludovic Bertron

← Uncertainty: Can We Take It?
Humanizing Physicians & The Future of Medicine →