Charities and the N-of-1

September 3, 2017 · by Colin Hung · in Healthcare Leadership · Leave a comment 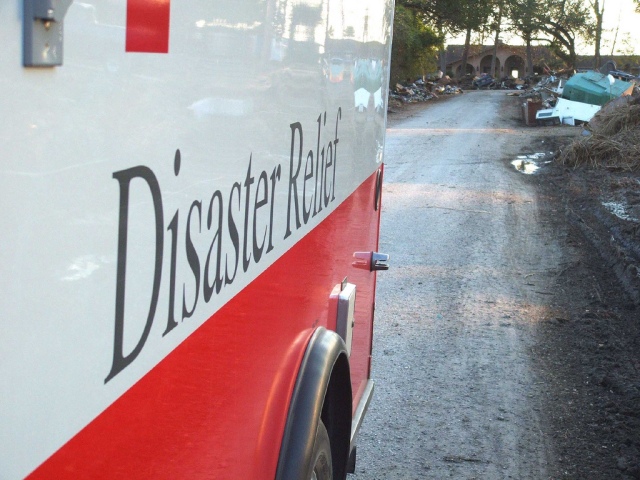 Last week I wrote a blog to encourage the members of #hcldr, #HITsm, #HITMC and various online communities to donate to the Hurricane Harvey relief efforts. In that blog were links to several different charities. Some were mega-organizations like the Red Cross while others were smaller and more local like the Texas Diaper Bank.

Rather than choosing a specific charity (which would have been a very difficult task), we opted to simply track donations people made to any charity they wished. Choosing a charity, after all, is a very personal choice.

As the notifications of donations started coming in, I noticed something interesting. Several people opted to donate to specific individuals or families impacted by the hurricane rather than to charitable organizations. In all but one of these cases, the donor did not know the recipient directly. Instead they were alerted to the recipients needs by their online/social media/in-real-life friends.

These donations got me thinking…is this the future of charitable giving? Is this “N of 1” approach to donations a more effective way to help people recover from natural disasters? Has the Internet’s power of disintermediation finally set its sights on the charity industry and should organizations like the Red Cross be worried?

Direct, one-to-one charitable donations is not a new phenomenon. Since the dawn of news media people have read heart-wrenching stories of fellow citizens who were suffering – from illness, from disasters, from bad luck, from oppression, the list is endless. Sometimes readers/listeners were moved enough by those stories to direct action like giving money directly to the affected family or individual. In some extreme cases, readers/listeners were motivated enough to take direct personal action (ie: helping to rebuild a barn after a fire, offering shelter to someone escaping oppression).

With the Internet and social media, these stories now have international reach. A child suffering from an expensive-to-treat disease in Italy may receive donations from complete strangers in the Philippines who heard of the family’s plight via Facebook. By using direct person-to-person payment platforms like GoFundMe, Venmo and PayPal this form of charity effectively cuts out the middle-man: non-profit charitable organizations.

Some argue that this is a good thing. Large organizations have overhead costs – trucks to maintain, salaries to pay, etc – which means that less than 100% of donations go directly to the people the organization helps. Most charities try to minimize their administrative overhead, but some dubious “charities” spend less than 5% of the money they collect. In 2013, CNN and the Tampa Bay Time published an eye-opening (and controversial) study that listed the 50 worst charities in the US. The list was compiled on the basis of the donations-vs-overhead cost ratio.

No charity is perfect. Even the Red Cross has come under fire recently for some aspects of its Hurricane Harvey relief efforts. When questioned, executives from the organization could not say exactly how much of the money raised would go directly to those impacted by Harvey – something NPR’s Morning Edition reported. However, is this the right metric to be focused on? Is judging a charity solely on the basis on their overhead costs akin to rating a financial firm only based on their administrative ratio? Would you not consider the yearly return as well as costs in your decision? Should we not do the same for charities?

The good news is that if administrative overhead is a key metric for you then there are plenty of charitable options available today with zero or no administrative costs at all. You could directly send money to an individual or you could even jump in and volunteer your time to help those in need.

This is exactly what Zac Jiwa, CEO of MI7 a HealthIT company, decided to do. He hopped into his friend Nick Decorte’s Unimog and drove 160 miles (270km) to Houston. For 3 days, they helped rescue stranded residents and ferried them safely to relief shelters. Others, like Mark Milligan, Bob Blount and our own Joe Babaian, have pledged their time to Habitat for Humanity which will help families rebuild homes destroyed by the hurricane. Maram Museitif jumped in an organized a group of people in Austin to help sort donations of food and household items for flood victims.

I believe that deep down, many of us would love to directly help those less fortunate by donating our time. I have had the opportunity to work as a volunteer for Habitat for Humanity, Red Cross and the local food bank. It is an incredible feeling to come home after spending a full day sorting food, painting a new home and packing pallets to be shipped overseas.

Is volunteering something you would consider? How do you choose between donating money and jumping in as a volunteer? Does distance make a difference? Do you first assess whether your skills are needed or does it not matter?

As we continue to watch the events in Texas and Louisiana unfold over the next few weeks, there is no doubt in my mind that social media will play a significant role. It will be fascinating to watch is how relief organizations and politicians communicate with the public and how the public will react to their words. The right message or the right story can help keep the charitable donations flowing. A disingenuous message or a negative story on the other hand could spell disaster (excuse the pun).

Please join us Tuesday September 5th at 8:30pm ET (for your local time click here) when we will discuss the following topics: